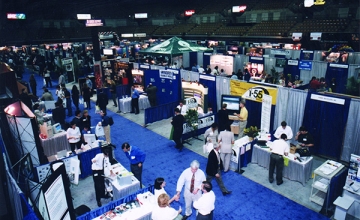 Entrepreneurship is on the incline. According to the 2015 Kauffman Index, more entrepreneurs launched their own businesses in what is the largest year-over-year increase in the past 20 years. Three hundred 10 out of 100,000 adults, or 0.31%, started new businesses each month. That's slightly over half a million (530,000) new business owners a month.

So what's that got to do with the trade show business?

Savvy investors understand that trade shows are the place that upstart concepts ripe for investment can be discovered. Exhibiting at a trade show allows entrepreneurs to complete on much the same level as big business attendees, albeit money can buy premium locations on the exhibit hall floor. Prime space gets more guaranteed foot traffic and that greater presence translates to more attention and greater success.

Trade Show Emporium can help the new biz entrant, the entrepreneur, the small business, and the startup venture make a bold statement at a trade show offering financing and booth rental as cost-conscious means of competing impressively at a trade show. Contact us and we'll walk you through options including booth rental. 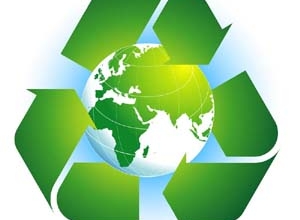 "The number of trade show booths that historically landed in U.S. landfills is astounding when you consider the number of conventions held in Las Vegas alone,” said Willis.

As a member of the Environmental Protection Agency's WasteWise Program with a primary objective of diverting recyclable materials away from landfills, the Las Vegas Convention Center averages a 65 percent recycling rate for trade shows. The Convention center recovers 431 tons of cardboard, 302 tons of plastic, 132 tons of carpet padding, 173 tons of mixed paper, 130 tons of various metals and 205 tons of wood annually.

Trade Show Emporium is proud to be a distributor for Eco Systems Sustainable Exhibits. Eco-Systems is the first green-built portable-modular exhibit system in the nation, developed with environmentally and socially responsible materials bench marked to the Leadership in Energy and Environmental Design (LEED) Green Building Rating System of the U.S. Green Building Council.